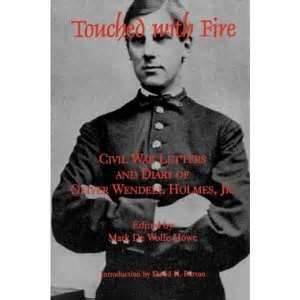 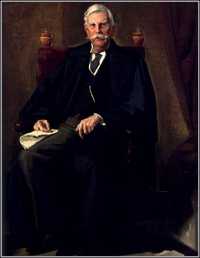 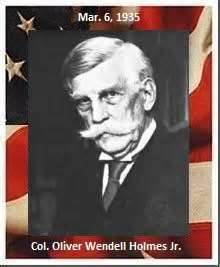 History of my family- holmes family

Oliver Wendell Holmes Jr., the son of writer, educator and doctor Oliver Wendell Holmes, was born on March 8, 1841,
in Boston, Massachusetts. Holmes Jr. fought on the Union side in the American
Civil War for three years. In 1864, he began attending Harvard Law School, and
later taught as a professor. In 1902, President Theodore Roosevelt appointed Holmes to the U.S.
Supreme Court. Holmes retired in 1931, at the age of 91. He died on March 6, 1935, in Washington, D.C.

Two prominent figures in American intellectual history, father
and son, went by the name of Oliver Wendell Holmes.  Although the terms "Jr."
and "Sr." would apply, they were not consistently used, leading to some
confusion.
Oliver Wendell Holmes Sr.
The first Oliver Wendell Holmes made
significant contributions to both medicine and literature.  Born on August 29,
1809, in Cambridge,
Massachusetts, he was educated at Phillips Academy in Exeter and at
Harvard.  He declined to follow his father`s
wishes and enter the ministry, and after a brief time in law school, he lost
interest in that as well.
He decided instead to enter medicine.  In 1830, he
entered the medical college in Boston, where the training was not particularly
modern.  Holmes was dismayed but such ancient and entirely ineffective practices
as bloodletting.  He went to Paris in 1833 to study at the Ecole de Medicine.
Practices there represented the most advanced medicine of the time, and Holmes
acquired a belief in modern medicine which he brought back to Boston with him.
Receiving his M.D. degree from Harvard in 1836, he continued his long
association with Harvard as an instructor in the medical school.  He wrote on
the spread of contagious diseases before the theory of germs was
established.
Holmes supported the candidacy of Harriot Hunt for admission to the Harvard
medical school, for which he was criticized by the all-male faculty and student
body.  Harvard did not admit a female student until 1945.  He was less clearly
in favor of black students, and his mildly anti-slavery position put him at odds
with his more radical abolitionist friends in Boston.  However, after the
outbreak of the Civil
War, Holmes demonstrated complete support for the Union.
Holmes` parallel career in literature began with
amateur poetry writing at a young age, which continued through his formal
education.  In 1830, he wrote a three-stanza poem in response to the proposed
scrapping of the U.S.S. Constitution, called Old
Ironsides, which brought him national attention.
He also wrote essays, several of which were
published in magazine form in 1831 and 1832 under the title, "Autocrat at the
Breakfast-Table."  When the Atlantic Monthly was launched by Boston`s
literary elite in 1856, Holmes became a contributor.  For the publication`s
first issue, he revised two essays from The Autocrat at the
Breakfast-Table which contributed to the magazine`s immediate success.  A
book of the same title came out in 1858 and sold very well.  In 1859, he
produced The Professor at the Breakfast-Table, first in magazine serial
form and then as a book.  The series ended with The Poet at the Breakfast
Table in 1879.
On October 7, 1894, Oliver Wendell Holmes Sr., having outlived his wife
and daughter, died in Boston.
Oliver Wendell Holmes Jr.

The second Oliver Wendell Holmes as born in Boston on March 8, 1841.  After
graduating from Harvard in 1861, he entered the Union army, where he was wounded
three times in engagements that included Antietam
and Fredericksburg.
Leaving the Army in 1864 with the permanent rank of captain, he returned to
Boston to study law.  Graduating from Harvard Law School in 1867, he entered law
practice in Boston.
Appointed a professor at Harvard`s law school in
1882, he resigned at the end of that year to become a justice on the
Massachusetts Supreme Court.  In 1899, he became its Chief Justice, and three
years later, he was appointed an associate justice of the United States Supreme
Court, where he served for thirty years.
Believing that the law was "an experiment, as all life is an experiment,"
Holmes was often in conflict with the more conservative justices, and earned the
label "The Great Dissenter."  He often wrote in favor of more liberal
interpretations of the constitution, to allow for greater government regulation
as in the case of Adkins
v. Children`s Hospital.  He advocated strong protection for the freedom of speech, although his most memorable
quote may have been in Schenck v. United States (1919), he stated:  "The most
stringent protection of free speech would not protect a man in falsely shouting
fire in a theater and causing a panic."
Holmes dissented in Adkins
v. Children`s Hospital in 1923, objecting to the court`s overturning of a
Congressional law establishing a minimum wage for women in the District of
Columbia. He commented:
This statute does not compel anybody to pay
anything. It simply forbids employment at rates below those fixed as the minimum
requirement of health and right living. It is safe to assume that women will not
be employed at even the lowest wages allowed unless they earn them, or unless
the employer`s business can sustain the burden.

When Holmes finally resigned from the Supreme Court in 1932, he had become
the oldest justice ever to serve.  He died on March 5, 1935, two days short of
his 94th birthday.